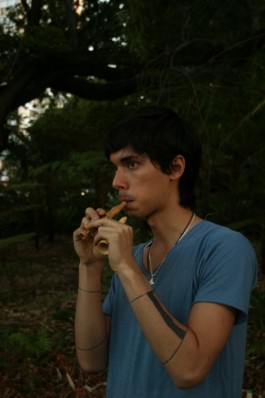 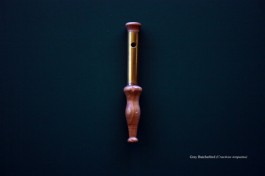 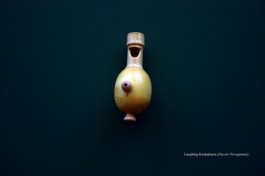 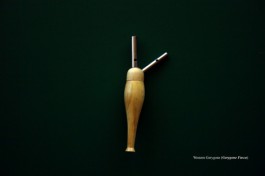 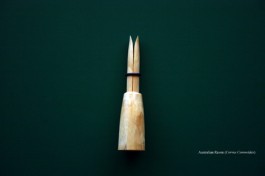 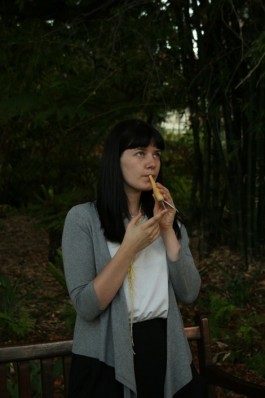 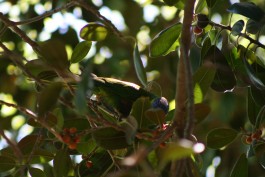 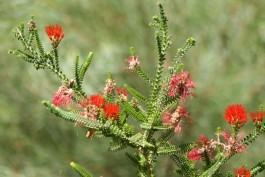 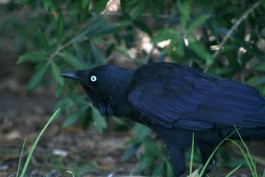 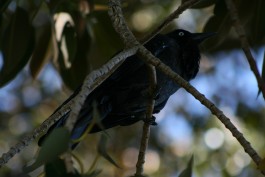 (...) At predawn on the 14th of January 2010, Lena Inken and a group of volunteers entered Stirling Gardens at 5am the day before exhibition′s official opening, settling in with a collection of handmade flutes made specifically to imitate Australian bird calls. "Flute I is more a work about the Garden, than for the Garden," she said. "It is an examination of different types of birds, their voices and ornamental behaviours."(...)
In responding to the Stirling Gardens site, Schaefer contacted a Perth-based biologist who gave her information about local and seasonal bird life, and then forwarded her request to CSIRO, who provided mp3 files of some of the local bird noises. Schaefer passed these files onto Frenchman François Morel, an expert in developing different types of flutes to imitate bird calls. "Normally he needs around three years to develop a new flute, so I was incredibly happy when the flute-prototypes he developed for my project arrived, carefully packed in wooden boxes," Lena said.
"The first reason for playing the flutes at 5am was to avoid attracting the public. I wanted to make it clandestine and intimate.
(...) All three saw these flutes for the first time at 5am. They had not practised them before and it was a spontaneous action. They listened to the mp3 files via headphones and tried to imitate them with instruments they do not know at all. They did not pay attention to the birds in their surroundings and if they would answer, all three of them played at the same time."